Sonoma CASA values diversity in all forms, including gender identity and expression. We proactively include gender pronouns as part of our efforts to be gender-inclusive.

What are gender pronouns?

Gender pronouns are the words that people choose to refer to themselves.

What are some commonly used pronouns?

This is not an exhaustive list of all pronouns, which do evolve. If you ask someone’s pronoun and you have not heard it previously, it is not insulting to ask for the spelling and different conjugations. Just let the person know you are asking to make sure their pronouns are respected.

Why is it important to respect gender pronouns?

Consistently using someone’s correct pronouns shows respect for that individual’s gender identity. When someone is referred to with the wrong pronoun, that person may feel dismissed, alienated, or unwelcome.

Pronouns are a matter of self-determination. We can’t assume someone’s gender identity based on appearances.

Many people may be learning about gender pronouns for the first time. We are proud to facilitate awareness about these important issues.

The new CASA (Court Appointed Special Advocate) Executive Director Heloisa Heinen at her office in Kenwood on Monday, May 17, 2021. (Photo by Robbi Pengelly/Index-Tribune)

The Juvenile Law Institute presenters on Fetal Alcohol Spectrum Disorders, UCSD Medical School Professor Ken Jones, M.D., and Andy Torzon, a therapist who works with him, have volunteered to provide virtual training to judges, social workers, probation officers, CASAs and other groups on this important topic.

FASDs impact 1 in 20 newborns and are twice as common as Autism Spectrum Disorder.  A very high percentage of FASD youth encounter the juvenile justice system, including a staggering 61% of adolescents.

The California Department of Social Services is supporting Parents Anonymous in the launch of the new California Parent and Youth Helpline, which provides support and resource referrals to parent and youth during the current COVID-19 pandemic. We are requesting your assistance in promoting the helpline by sharing the below information with your contacts and placing the logo on relevant websites:

The California Parent and Youth Helpline provides support and resource referrals to parent and youth during the current COVID-19 pandemic, 7-days a week from 8:00 a.m. to 8:00 p.m. Call or text 1-855-4APARENT (855-427-2736) for services in English, Spanish and other languages. For more information, visit: https://caparentyouthhelpline.org/

Thank you for your efforts to spread awareness of this valuable resource! 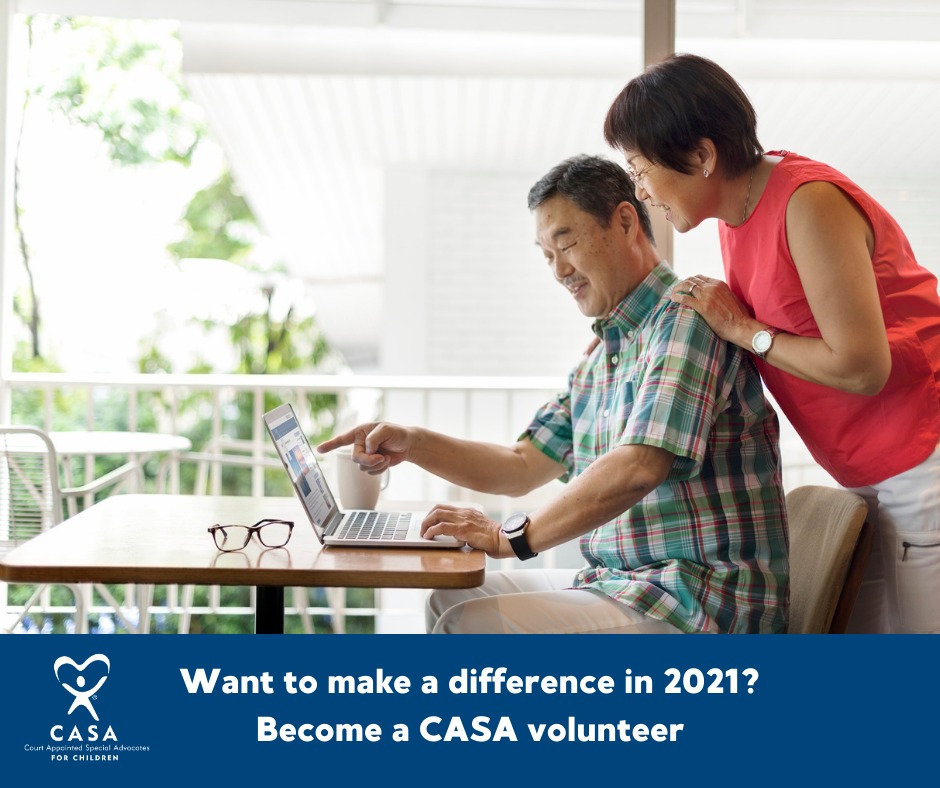 K-LOVE’s Kindra Ponzio talked with CASA Of Sonoma County Board Member Bob Chapman about the need for advocates to be the voice of foster kids in the court system.

E-cigarettes are exploding in popularity, and are being used by both adolescents and adults. They are not a safe alternative to cigarette smoking.

These are a couple of resources with more information of what they are and how you may support your youth as a CASA volunteer.

Extensive biological and developmental research shows significant neglect—the ongoing disruption or significant absence of caregiver responsiveness—can cause more lasting harm to a young child’s development than overt physical abuse, including subsequent cognitive delays, impairments in executive functioning, and disruptions of the body’s stress response. This edition of the InBrief series explains why significant deprivation is so harmful in the earliest years of life and why effective interventions are likely to pay significant dividends in better long-term outcomes in learning, health, and parenting of the next generation. This 6-minute video provides an overview of The Science of Neglect: The Persistent Absence of Responsive Care Disrupts the Developing Brain, a Working Paper from the National Scientific Council on the Developing Child.

InBrief: The Science of Neglect

Take a journey through the California Juvenile Dependency Court system. Travel this interactive and powerful story!

CASA volunteers, as always, will perform duties and responsibilities as determined by the judge and that’s why it is so important that they understand the Juvenile Dependency Court process to better advocate for the children’s best interests.

In response to the wildfires, flooding, and extreme heat happening across the United States, the National Child Traumatic Stress Network has developed resources to help families and communities. The following resources may be relevant depending on what is happening in your area:

To Help Children and Families Cope with any Extreme Weather Event:
• Simple Activities for Children and Adolescents when Evacuating or Playing Outside is Limited
• After a Crisis: Helping Young Children Heal
• Age-Related Reactions to a Traumatic Event